When we stop to consider the challenges that face us as a people, rarely, if ever, do we count lefties among the disadvantaged. But southpaws, those 10% of the population who are left-handed, live in a world that caters to the right-handed. Things like spiral notebooks, scissors, car radios, computer keyboards, and handheld can openers are all designed with a right-hand bias. So are things like guitars. Handedness is a strange bird indeed when it comes to playing guitar. Consider this: If you are right-handed, your more dexterous right hand often acts as your picking hand and does less work (unless you are a devoted fingerpicker or classical player) than your "weaker" left hand, which carries out the more demanding maneuvers like fretting notes and barring chords. And then there are the guitarists who are left-handed in life but who choose to go against their nature and play right-handed guitars, right-handed—like Duane Allman, Elvis Costello, Joe Perry, Johnny Winters, Mark Knopfler, Gary Moore, and Billy Corgan. Rarer still is the righty who chooses to play lefty on a left-handed guitar, like Beatle Paul McCartney. So what do you do if you're a guitarist that happens to be in this minority? Most left-handers are perfectly comfortable holding a guitar so they can strum the strings with their left hand instead of their right, and finger the chords with their right hand instead of their left. If a standard right-handed guitar is just turned over so that the headstock faces the other way (pointing right), all the strings will be upside down, with the lowest notes at the bottom instead of the top. Although far from ideal, many lefties like Coco Montoya and Albert King have played this way. It is also possible to restring a guitar to accommodate the left-handed guitarist. Again, many famous guitarists have played this way, most notably Jimi Hendrix with his famous restrung Fender Stratocaster. Again, it is not really a great solution as the rest of the guitar is still in the wrong places—the direction of the string bridge, the protective panels, electric pickups, sound controls, cable jack, strap connections, etc. What you really need if you are a left-handed guitarist is a properly designed left-handed guitar with all the components made to be played left-handed. But, as with most things lefty, these can be tricky to come by. While you may luck out and find a left-handed guitar or two tucked behind the display of shiny right-hander models, one that has just the right tone and action you are looking for, chances are greater that you will have to resort to having a custom model built to order. This means that you will not only be obliged to wait for up to a year before the instrument is ready for purchase, but most manufacturers insist that once a guitar is ordered to be specially made, the customer is then obliged to buy it, even if it turns out to be less than the customer's ideal. While lefties may be the minority in the guitar world, they are well represented. The following is a list of some of the most influential guitarists the world has known, both past and present, all of whom happened to be left-handed. Some names you will know, while others may surprise you.

Although right-handed for every other purpose, Paul McCartney found it irksome to form notes and chords with his left hand, while his right hand lacked the bounce necessary for strumming. When he saw a picture of Slim Whitman playing left-handed, he realized that it was necessary for him to completely reverse the guitar and how he was playing it. Despite his being right-handed, turns out Sir Paul was left-handed when it came to the guitar.

Albert King was one of the most influential names in blues. He was also a lefty who played right-handed guitars (usually Gibson Flying Vs) upside down. Instead of learning to play with his right hand or restringing the guitar as many other left-handed guitarists chose to do, King simply learned to play the right-handed guitars flipped over with the strings in reverse order. This unusual technique forced the blues legend to find new ways to create the sounds he was after, and helped him create his original sound style.

Otis Rush is perhaps the most intense, soulful bluesmen of his era. His distinctive guitar style produced a sound that became known as the "West Side Chicago blues." Rush is left-handed and plays a left-handed guitar strung upside down with the low E string at the bottom. He often played with the little finger of his pick hand curled under the low E for positioning, which helped in part to produce his unique sound.

The fact that Kurt Cobain was an incredible guitarist is sometimes lost in the hype surrounding his untimely death. As a founding member of Nirvana, the band that defined the grunge movement of the '90s, Cobain claimed he was a lefty, although many say he was in fact ambidextrous. He was known to write with both hands, but favored the right. He also played guitar as a lefty, but the drums right-handed. Kurt played reasonably priced, high-quality left-handed guitars like the Fender Mustang, which was his favorite. Rolling Stone magazine named Cobain the 75th greatest guitarist of all time, one of only a few left-handed guitarists to make the list.

Black Sabbath's Tony Iommi is widely considered to be the father of heavy metal and is one of the greatest and most influential rock guitarists of all time. A prolific riff-maker, he was ranked No. 25 on Rolling Stone's list of the "100 Greatest Guitarists of All Time". Iommi first began learning guitar left-handed as a teenager. When he was 17 he lost the tips of two fingers on his right hand in a work accident. He tried to learn to play right-handed, but eventually went back to his left-handed guitar with lighter strings and thimbles on his tipless fingers.

Known as the King of the Surf Guitar, Dick Dale exerted a profound influence on '60s groups such as the Beach Boys and Jan and Dean. Since Dale is left-handed, he was initially forced to play a right-handed guitar without restringing it, which led to him effectively playing the guitar upside down. Dale often played by reaching over the fretboard rather than wrapping his fingers up from underneath. He eventually went to a left-handed model guitar.

Slim Whitman was a high-pitched yodeling county music singer whose productive career spanned decades. Although he was once known as America's Favorite Folk Singer, Slim was consistently more popular throughout Europe than he was in his native America. Whitman was right-handed, but an accident at a meatpacking plant he worked in right out of high school cost him almost all of the second finger on his left hand. He joined the Navy, where he served in the South Pacific and entertained shipmates by singing, yodeling and playing the guitar, which he had taught himself to play upside down and left-handed.

Born in 1895, Elizabeth Cotten was an American blues and folk musician, singer, and songwriter who was among the most influential guitarists to surface during the roots music revival era. You can think of her as the female Robert Johnson. Cotten was a self-taught left-handed guitarist who played a right-handed guitar turned upside down so that she played the bass strings with her fingers and the melody with her thumb. Her unique style of finger picking and her signature, alternating bass style, known as "Cotten Picking," would go on to influence generations of players who followed in her wake. 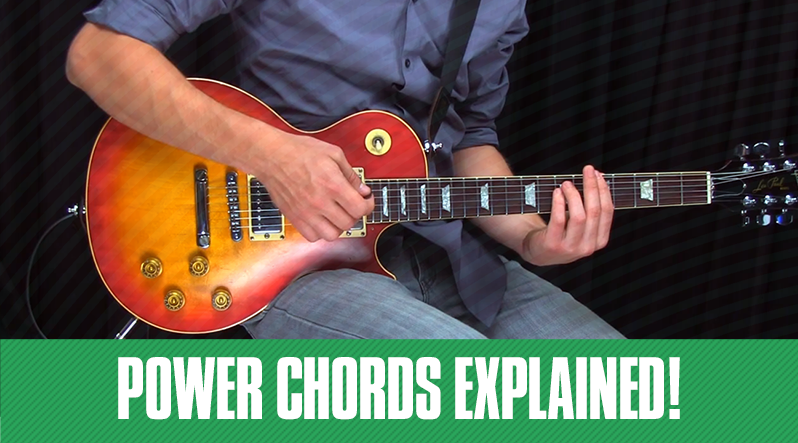 10 Ways To Beef Up Your Barre Chords

Want to get rockin'?